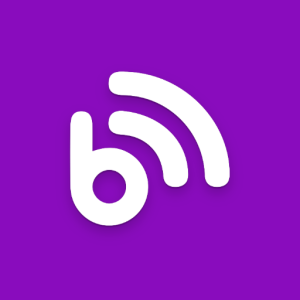 What is the Difference Between 32-Bit and 64-Bit Operating Systems?

As a new computer or phone launched in the market, it often comes with the fancy label of 64-Bit support As a new computer or phone launched in the market, it often comes with the fancy label of 64-Bit support. We quickly get attracted to them without giving them second thoughts. So, what exactly is the difference between 32-bit and 64-bit computing? This question has been a topic of interest since AMD (one of the significant chip manufacturers on earth) launched its first 64-bit enabled AMD Athlon 64 CPU in 2003.

Apple also launched iPhone 5S, its first-ever smartphone with a 64-bit processor, a few years back. Now we can see almost every smartphone and computer comes with 64-bit support. But what does this mean for an average person? Let’s start by taking a look at it a bit.

We know that we use these bits for almost everything in the computer, from data communication and transmission to data processing.

We all see that we found either 32-bit or 64-bit CPUs in most computers today. Bits in terms of CPU are nothing but an amount of memory (RAM) a CPU can address. So, a 32-bit processor can only handle memory up to 4 GB. But a 64-bit CPU supports memory (RAM) of up to 16 billion GBs. This is good. Yes! More RAM is always better for performance, but only if needed. Installing more RAM on old devices isn’t make a difference in performance.

Also, a standard 32-bit processor can process only 4 bytes (32-bit) of data in a single cycle. Conversely, 64 processors can process up to 8 bits of data per cycle.

There are many advantages of the 64-bit processor over the 32-bit.

Most of the things I mentioned above tell us that if you use the 64-bit processor, you will get much more performance improvements. Well, not really! Most of the software today still runs in 32-bit mode. Microsoft is still supporting 32-bit of Windows OS.

If you think a 64-bit processor performs better than a 32-bit, then I am afraid you fall into the advertisement trick. Yes, it does perform well, but only for specific works. So until you need more than 4GB of RAM for your phone or computer, there is no need to upgrade.

On the last note, most manufacturers build 64-bit support for their devices. It is becoming more and more common now in the market. I hope that you liked this post. If you have any questions, feel free to comment down below. Ideas and feedback are welcome. Stay tuned for more updates.